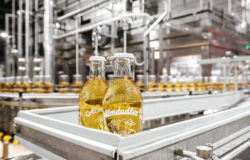 The new gender-inclusive “Almdudler*in” heading is printed onto the bottles using a screen-printing process and will thus stay in circulation for up to 30 years. Photo: ©Almdudler / Lipiarsk

Gender-inclusive language is being discussed and debated in many countries and languages. How can we phrase things so that nobody feels that they are being discriminated against? Different areas of society are progressively breaking down the rigid boundaries between the sexes and gender stereotypes, and this is triggered by discussions like these. This can also be seen in product and packaging design, and in sales strategies.

The Austrian family company Almdudler has decided to use gender-inclusive language, marked in German by using a star to include feminine and masculine versions of nouns, in their packaging design. It is one of the first in the German-Austrian beverage market to do so. Almdudler*in is now printed on 200,000 of the 0.35L recyclable bottles with their distinctive shape to create the limited diversity edition. The herbal lemonade manufacturer has thus changed their classic brand identity after over 60 years and is creating a stir. “By using the star and the suffix -in to include the feminine gender and be gender-inclusive, we want to draw attention to the fact that other gender identities exist in addition to male and female, and include these genders in our typography,” explains the CEO of Almdudler, Gerhard Schilling, while discussing the new wording.

Almdudler’s glass bottles are printed using a screen printing process and can remain in circulation for up to 30 years. The gender-inclusive bottles will therefore not only ensure increased awareness, attention and discussion but could also become a rarity and thus create added value. 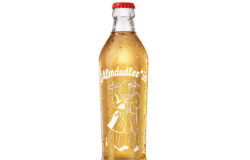 Not everyone is keen on the trend for gender-inclusive language. The sheer range of options for implementing it in day-to-day speech are complex and can sound clumsy sometimes. In Germany, stars, underscores, gaps or colons are used to include other genders. The former presenter of Tagesthemen (a German daily news programme) Anne Will has spoken out in favour of the new, gender-inclusive language and consistently uses it in her talk show. Others, such as talk show host Markus Lanz, do not and stick to using the generic masculine form to cover all bases. There are no guidelines, so at the moment, everyone is free to do as they like.

An Infratest Dimap survey carried out on behalf of the paper “Welt am Sonntag”, including over a thousand people in May 2020, showed that the majority of Germans (56%) don’t think much of gender stars and other punctuation in journalism or literature. Here, 52% of women say that they do not use gender-inclusive language. Just over a third of those surveyed are completely for or lean towards supporting gender-inclusive language.

The term “gender star” made it into the German bible for correct language – the Duden dictionary – in 2020. However, the Society for German Language (GfdS) expressly advises against using the gender star. They state that it is not compliant with the rules of German grammar, nor with those of correct spelling. They expressed their opinion as follows: Gender-inclusive texts should be comprehensible, readable and able to be read out loud. In any case, this won’t present any difficulties at all for the Almdudler*in logo. 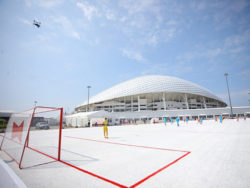 A football field made out of plastic Budweiser cups